Picture of the Day: October 11

After some testing, adding friction back to the bearings in the system did not look promising. Instead, I machined a custom ladder lock (shown in silver in the image). This design has a third aperture for the webbing which eliminates the self-unlocking angle.

Slip-testing results which compare the off-the-shelf ladder lock (shown in gold in the image) to the custom ladder lock are documented in the graph below. 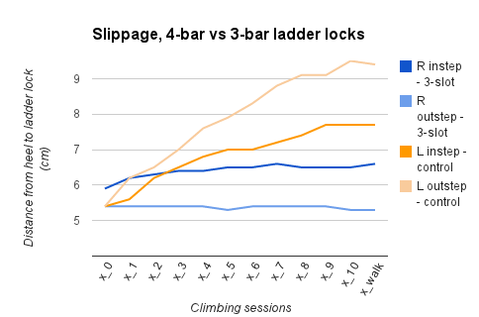