Here's a quick update after our August hiatus. Mak has returned to Massachusetts, and Laura is back from backpacking in Colorado/Wyoming. Ray has nearly completed Laura's pair of prototype shoes and we've been communicating with him throughout the design process. Remember the custom grommets? He came up with a new way to install them by casting them in the rubber.

From a manufacturing standpoint, that would mean two less parts (+1 DFM), but would require a tool to create the recess in the rubber (-1 DFM) and a tool to mold the grommet in (net 0 DFM since a separate grommet also needs a tool). However, the in-place grommets will likely need to be cast before rubber is applied to the shoe, which means that the bond between grommet and rubber will have to withstand flexing and temperature cycling during assembly. Therefore, durability of the cast material and bond adhesion will probably determine how we proceed. Laura's pair of shoes will be used to test the cast-in-place grommets for durability side-by-side with the pre-cast ones.

While Ray is building Mak's shoes, work continues apace at the California office to get a patent for the shoe design. We've found an attorney and are working with him to conduct a rigorous prior art search to help scope our final patent application. Since prior art searches are less than photogenic, here's a consolation picture of the Continental Divide from Boulder Mountain, CO: 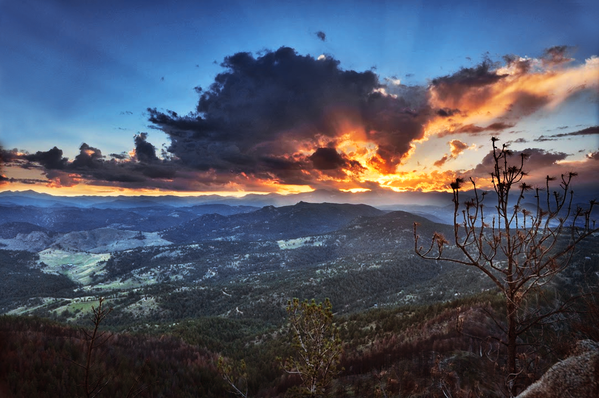